The Blame Game: Is His Affair Really Your Fault? – Counselor Magazine
LOADING

Girly Thoughts Relationships Sexuality Women's Issues
Tags: Gennifer Flowers, girly thoughts, Hillary, men blaming women for their own actions, men drinking too much, men having affairs, men not learning the ramifications of their own actions, men not taking responsibility, men only attending to their sexual needs, The great debate, Trump, Trump blaming and trying to humiliate women, women held to a standard that men are not, women need to stop accepting responsibility for the actions of men

The Blame Game: Is His Affair Really Your Fault?

Donald Trump has spewed plenty of cringe-worthy, even disgusting, statements thus far in his presidential campaign, but one of the most bizarre was when he challenged his rival about her sexual desirability and blamed her for her husband’s affairs. Since the time I first broached this theme in my blog in January, the sexual politics of this campaign have only become more intense: women have been called names and bullied, and even a reporter and protesters were assaulted. But maybe he’s done us a favor by putting on the national stage how women are held to a standard that men are not.

A man who blames a woman may think he looks more powerful. For men like Trump, power is in their ability to direct responsibility elsewhere; if there’s someone else to blame then they are less culpable.

There are probably many answers to this question, but the simplest one is that men still feel they can blame women for their own poor behavior.

But that isn’t the full story. There are still enough women who accept this blame.

Why? Because societal messages have been drummed into their heads with the message that while women are weak, they are nevertheless responsible for anything that goes wrong. Interesting paradox, isn’t it? Being powerless while having the power to make everything go wrong.

Blaming another is a simple solution to the complexity of many problems. So I’ve come up with a simple antidote.

This is why I’ve developed the term girly thoughts. Women blame themselves for just about everything, and I wanted a term that captures these negative feelings so they can stop. Wouldn’t it be interesting if women stopped blaming themselves for their husbands:

We can learn to hold other men responsible for their actions instead of making excuses for them and blaming ourselves instead. We need to call Trump out on his disrespect of all women, including:

Blaming ourselves for the actions of others is one way we perpetuate our own girly thoughts, which only serve to disempower us, and in a funny way also disempowers men because they don’t learn the ramifications of their own actions.

Now repeat after me: Yes, I will! 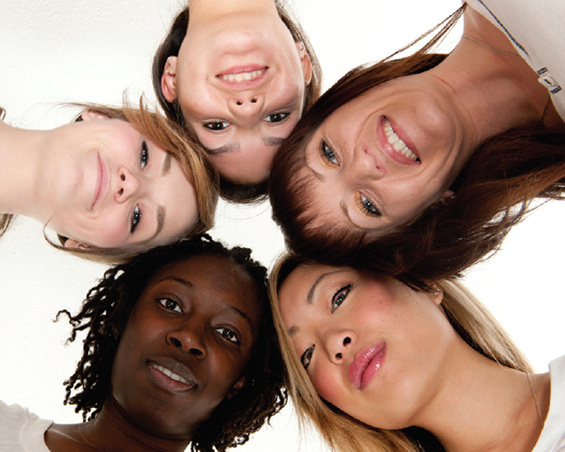