Breaking the “Body Brokers”: What we can learn from one California non-profit that stood up to the addiction patient kickback business in its state – Counselor Magazine
LOADING

Breaking the “Body Brokers”: What we can learn from one California non-profit that stood up to the addiction patient kickback business in its state

In every industry there are those who play dirty- those who overprice, undersell, undercut, and diminish the value of the work in general.  The grifters, the shysters and the ones who take advantage

And in Behavioral Health – the helping profession – we experience the same challenges with bad actors and unscrupulous operators.  Dramatic footage of offices raided by government officials for Medicaid fraud, operators who take advantage of patients’ vulnerability and those who are simply greedy have given our industry a black eye in the mind of the public.

And let’s be clear, the general public includes 22 million Americans struggling with the disease of addiction.   The public includes nearly 1 in 5 adults who live with mental illness.  And the public is looking for help when they need it most desperately.

Which means that our industry is taxed with the additional burden of providing value, efficacy, and ethical standards.

The ingredients for corruption are simple: an infusion of cash, inadequate regulations, and vulnerable patients. For one CEO of a medium-sized non-profit in California, a recipe for disaster was clear early on. In the summer of 2015, Pete Nielsen, the California Consortium of Addiction Programs and Professionals (CCAPP) President and CEO, sat at his austere desk fielding calls about a new phenomenon hitting the industry: the selling of addiction patients for cash. With in-depth discussions among the CCAPP board of directors and its members, they knew that they must do something immediately.

Following the passage of the Affordable Care Act, which made the provision of addiction treatment services one of the “ten essential benefits” that insurers must provide, its implementation in 2014 caught insurers, providers, and regulators off-guard to potential scam artists and their kickback schemes

CCAPP knew they had to act to stop this new adversary that threatened to abuse patients and cast a cloud of doubt over the legitimacy of the treatment itself. As soon as the legislature reconvened in 2016, the organization sponsored the first anti-kickback legislation for the industry. A full year before the Eliminating Kickbacks in Recovery Act (EKRA) was passed by Congress, CCAPP partnered with Senator Steven Bradford (D-Los Angeles) to introduce Senate Bill 636, Addiction Treatment Kickbacks, to provide the state with the tools needed to prosecute those in the business of selling addiction patient placements and paying people to relapse and re-enter treatment and the response from Bradford’s colleagues in the legislature – incredulity. They did not believe the practice was occurring, let alone widespread enough to warrant a new law to address it. Undeterred, CCAPP gathered anecdotal cases to find and garnered a coalition of programs and people in recovery to push the bill forward. It would take another year to convince the legislature that the new law was necessary. In 2018, Bradford again introduced anti-kickback legislation (SB 1268), which eventually caught the attention of the state’s future Insurance Commissioner, Senator Ricardo Lara, who lifted Bradford’s language and amended his SB 1228 to include its anti-kickback provisions in the waning hours of the two-year session to get the bill to the Governor’s desk where it was signed in 2018.

SB 1228, for the first time in the state’s history, made paying for or receiving “anything of value” for referring addiction patients to treatment illegal, and it carried some grave consequences for violating the new law, including suspension and revocation of program licenses and individual addiction credentials; civil fines; and mandatory termination of employment at a licensed or certified facility. CCAPP had gotten its foot in the door, but more work lay ahead if the abusive practice was to be genuinely extinguished.

To start with, what would be considered “a thing of value?” Would housing that is incorporated as part of treatment be illegal? What about paying for airfare to come to the state? What started as a simple concept still contained more loopholes than Swiss cheese.  Fortunately, a newcomer to the legislature arrived on the scene to take up the leadership role vacated by Insurance Commissioner Lara. Assemblywoman Petrie-Norris (D-Orange County, a Yale grad was coming from private business with a successful career in finance and technology, took the issue on in her first term, introducing and passing AB 919 (Addiction Treatment Inducements) in 2019. This CCAPP-sponsored legislation took on housing and travel inducements and addressed relationships between labs, outpatient, and housing entities by prohibiting “free housing” for outpatient; requiring contacts for discounted or “scholarship” post-treatment recovery housing and requiring that any airfare to bring patients to the state be accompanied by a ticket to return to the state of residence. It also gave the Department increased investigatory powers and clarity on closing the loopholes left by SB 1228.

The last avenue for patient brokering in California was addressed in 2020 within a health omnibus bill carried by Senator Richard Pan (D-Sacramento). SB 406 gave the Department of Health Care Services (DHCS) the power to refer cases of patient brokering by recovery residences (sober living) to federal authorities and state insurance departments who have statutory abilities beyond the DHCS to address recovery residence violators under EKRA and state insurance fraud laws. Specifically, it allows the DHCS to refer a substantiated complaint against a recovery residence to other enforcement entities as appropriate under state or federal law, including the Department of Insurance, the Department of Managed Health Care, the Attorney General, and the United States Attorney General.

As a matter of public safety, the Department of Health Care Services and CCAPP have quickly and effectively implemented the three-part series of bills and have worked closely to encourage their success. The Department instituted a hotline and began addressing complaints in January 2019, just weeks after the bill became law. CCAPP created its “Certified Treatment Executive” (CTE), giving treatment program owners, advocates, and leaders additional resources about the new laws and an expansive curriculum on ethical business practices for the industry. Starting at the top in terms of education and awareness was the goal with CTE. And, to date, we have trained more than 50 executives to run treatment organizations with integrity and ethical practices at the forefront of their efforts.  Individual practitioners are trained in the ethical provision of services, but until CTE, executives in the BH industry have not been guided on the value of integral business practices.  CCAPP seeks to inspire change amongst the influencers in our industry. This year CCAPP is co-sponsoring a bill authored by Senator Thomas Umberg (D-Orange County), who introduced The California Ethical Treatment of Persons with Addiction Act (Senate Bill 349). This bill is critical and timely new law to protect California’s most vulnerable patients, those seeking treatment for substance use disorders, from predatory practices.

Now that Hollywood has entered the fray to portray patient brokering as a lavish, seductive, and dramatic enterprise, in the soon to be released film Body Brokers, CCAPP and the members it represents must once again reassure the public that treatment is safe and ethical and made more so by the dedicated professionals who discovered this monstrous practice and put heart and soul into creating barriers to it.

Members of the public who are aware of patient brokering conduct can report their concerns to the Department of Health Care Services via e-mail at SUDComplaints@dhcs.ca.gov or by calling the toll free complaint line at 877-685-8333. For complaints outside of California, an individual can make an EKRA complaint at https://www.whistleblowerllc.com/ekra-eliminating-kickbacks-in-recovery-act/

If you are looking for help or resources for yourself or someone you love, please visit www.calrecovery.org or https://bhap.us/membership/locate-treatment/#/. 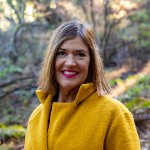 Jen Carvalho is the CEO of Casa Palmera in Del Mar, California. She is a program leader and has piloted programs during rolling power outages, and wildfire evacuations. Carvalho and her staff are focused on safe provision of services in an increasingly challenged environment.

Jen Carvalho is the CEO of Casa Palmera in Del Mar, California. She is a program leader and has piloted programs during rolling power outages, and wildfire evacuations. Carvalho and her staff are focused on safe provision of services in an increasingly challenged environment.

Previous Article
Craving and Relapse Prevention
Next Article
Disaster Looming: Opioid overdoses and substance use disorder cases skyrocket while an antiquated addiction treatment infrastructure and a workforce in crisis create a recipe for disaster.